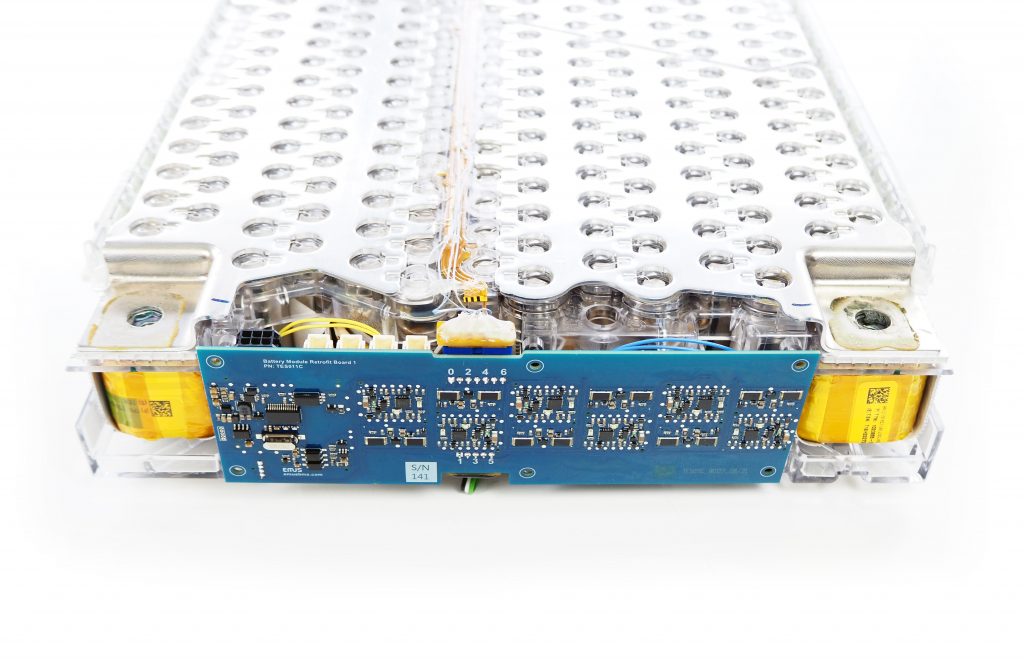 EMUS has developed a battery management system (BMS) specifically to re-use a battery pack from a Tesla Model S.
The 24Vdc packs from the Tesla have a rated capacity of 5.3kWh and consist of six modules. The key is that the cells in each module may end up with different performance characteristics which is why they are no longer used in a vehicle. So the EMUS BMS module supports cell voltages from 2V to 4.55V with a balancing current of 0.5A and a maximum cell power (Pmax) of 2W. This is ten times the power supported by Tesla’s original BMS board.

Up to 25 Tesla packs can be connected in series or parallel, and adding EMUS G1 Control Unit and EMUS current sensor makes a full BMS system. This system is compatible with inverters from Victron and SMA inverters and numerous chargers to create a stationary power system linked to wind power or solar panels.
The control unit needs a 9-36V power supply, but this can be supplied from one of Tesla modules and the sensors use a Plug’n’Play (PnP) connector to connect to battery pack’s cell wires and temperature probes.