1. Which EMUS system to choose for my battery system?

There are different types of EMUS BMS configurations, which should be chosen according to the application’s and

battery system’s requirements. EMUS can fit practically all the most common battery systems topologies used worldwide, that’s why we claim EMUS as the most modular system in BMS industry. Let’s see what is available and how it differs. 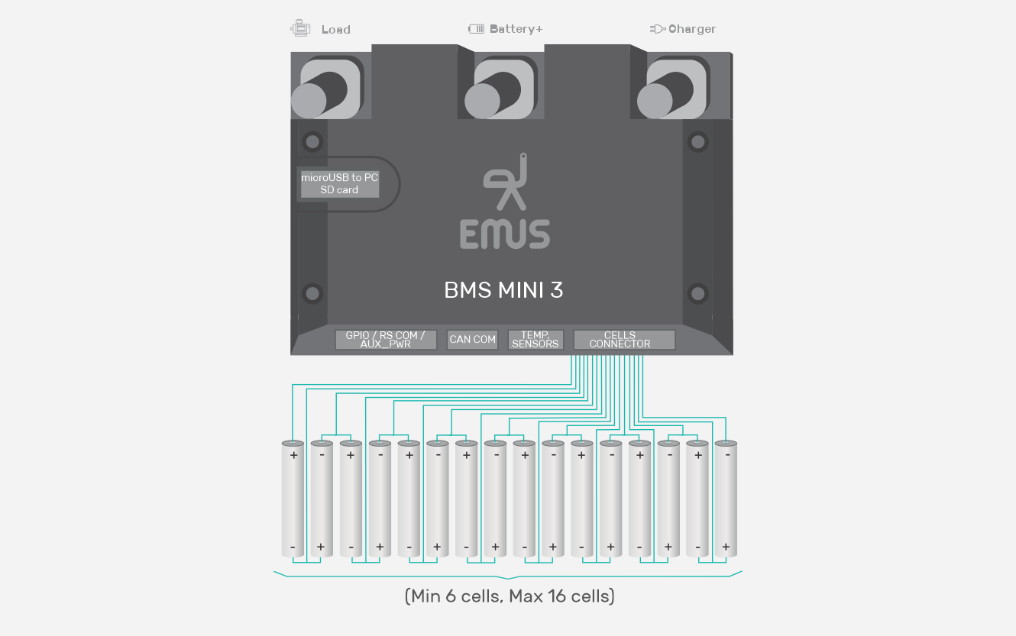 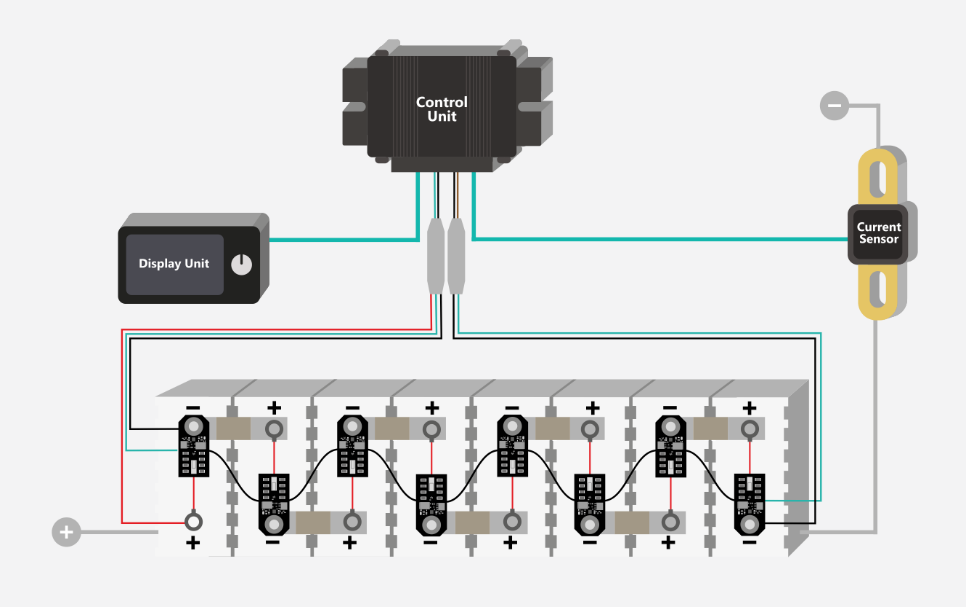 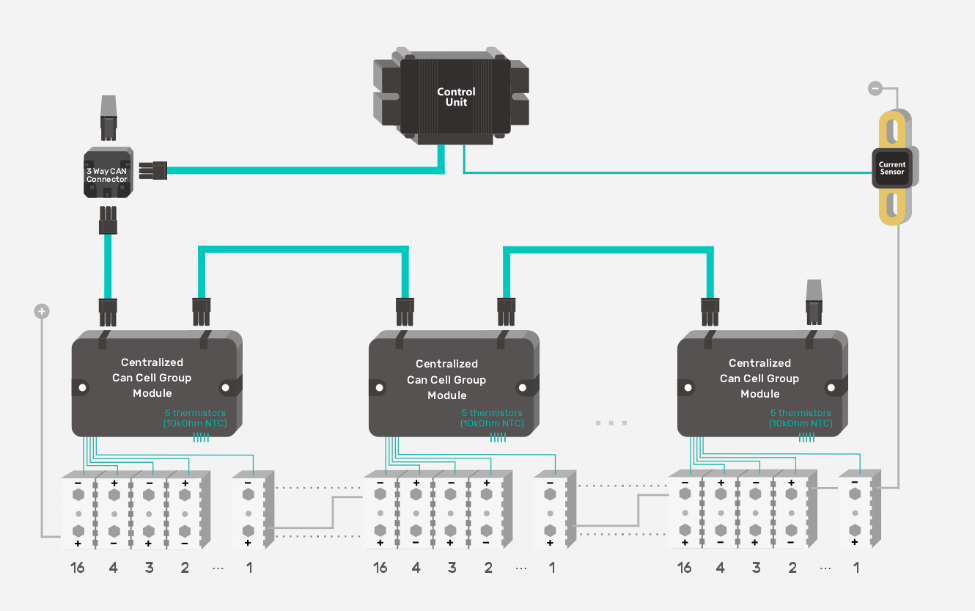 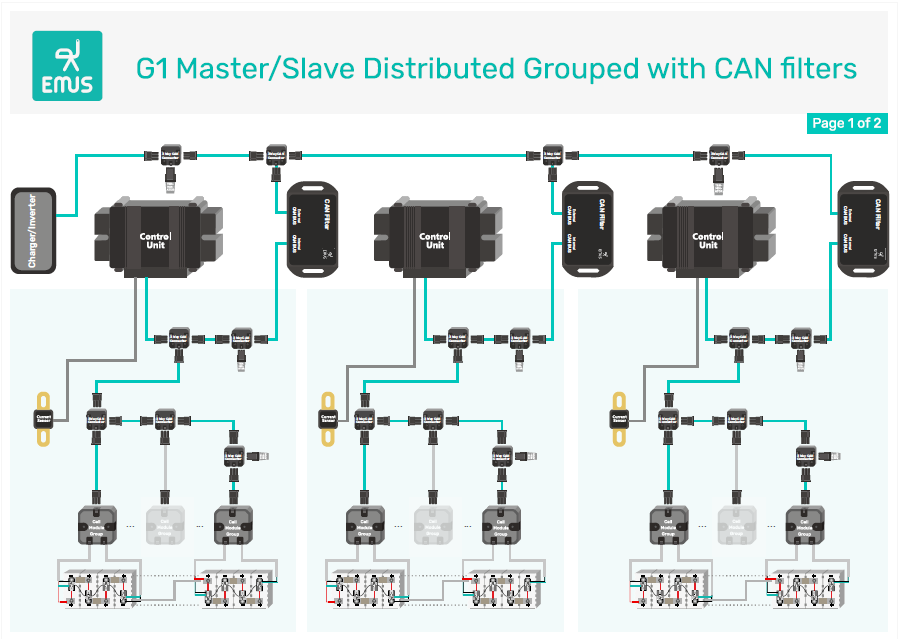 EMUS G1 Master-Slave system is a combination of several commonly used EMUS G1 Distributed Grouped or Centralized CCGM subsystems. Simply said, up to 18 strings, with each string having its own G1 Control Unit can be interconnected into one large system. From all of the 18 Control Units, one of them is automatically designated as a „Master CU“ and the remaining Control units as „Slave CU“.  In such a way „Master CU“ is gathering information from „Slave CU“ strings and commands operational logic, as well communicates with external devices such as chargers, inverters, VCU, PLC, etc. All system configuration is easily made on EMUS Control Panel, which is provided free of charge to EMUS customers.

This system runs on EMUS proprietary CAN communication protocol using a special item for efficient CAN traffic distribution called „CAN filter“. CAN filter is filtering internal system‘s CAN traffic from external CAN traffic, thus making it stable and reliable.