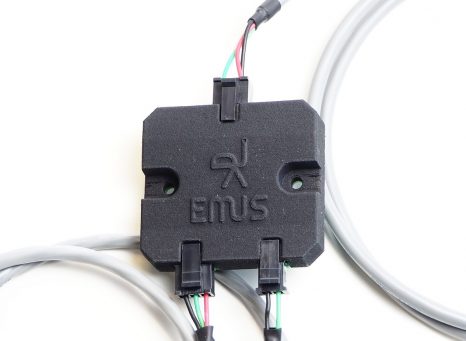 Contact form
For complete BMS system, below components are necessary:

EMUS G1 CAN Cell Group Modules (also known as CGMs) are advanced, microprocessor equipped cell communication adapters that allow the Control Unit to communicate with the Cell Modules over the CAN bus instead of directly. More than one of them can be used in a single battery pack, which allows to connect the Cell Modules into several small daisy chains instead of one long chain. This not only eliminates the drawbacks of the T op and Bottom Isolators, but also makes the EMUS G1 BMS capable to serve a virtually unlimited number of cells. Furthermore, it enables the EMUS G1 BMS to manage battery packs that consist of several strings of cells connected in parallel.